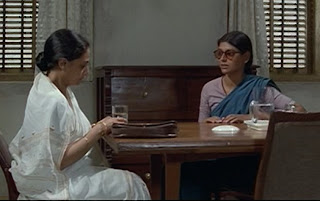 I've written about this film at more length here, so I'll just summarise it briefly:

A quietly paced, thoughtful  film tracing one woman's journey toward finding her own place in the world as she seeks to find out why her son died. A very female-dominated film, with solid performances from Jaya Bhaduri, my favourite Indian actor/director, Nandita Das and Seema Biswas. Not a breezy, fun film, but with an optimistic tone, despite its serious message. The contrast with fluff like Tere Naal Love Ho Gaya could hardly be greater, but it's definitely worth watching.
Posted by Unknown at 19:19